Career coaching emerged from a combination of the roots of career development established by Frank Parsons in the early 1900s, and the roots of business in 1989.  It is the newest methodology available to help people in all walks of life and all lines of work achieve job and career satisfaction.

Whether you use it to help people find greater fulfillment at work, to make job or career changes, or to retire, both individuals and organizations increasingly see a need for career coaching.  And it is a satisfying and profitable business opportunity for those who have been laid off, are approaching retirement, or simply want to add a new niche to their existing business. 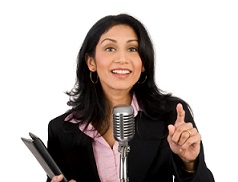 The coaching industry began in 1989, when the late Thomas Leonard founded his coaching company.  It has grown to be a worldwide phenomenon, with the majority of companies (60 percent at last count) offering coaching or a similar intervention to their staff. 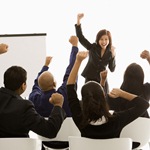 Prior to 2001, career coaching did not exist as a separate niche.  Career counseling and similar services were designated to help people in transition.  But when Marcia Bench founded Career Coach Institute, a new niche was born – and one that is always in demand since it helps people with their very livelihood and financial means of support.  Even in recessionary times, career coaches continue to thrive and prosper when life coaches and others may be the casualty of tightening pocketbooks.

If you love helping people discover what they love – what they want to “be when they grow up,” at any age! – and help them navigate the changing and increasingly complex job market, then career coaching may be just what you need.

Since CCI was founded, companies, college career centers and workforce centers have widely accepted career coaching as the cutting edge of the career development industry.  They realize that since it has its roots in business rather than social services, it is more action-oriented, more accountability-based – and gets clients the results they seek faster than other methodologies do!

Who Can Be a Career Coach

There is no prerequisite in education or life/work experience to become a career coach – we teach you everything you need to know.  We recommend that you have at least some experience in the workforce so that you can relate to your clients’ challenges.  But a new college graduate can be successful as a career coach, just as a professional in mid career or a retiring CEO or HR manager.

Career coaching is accepted worldwide, with some countries using it more widely than others.  Our student body spans more than 40 countries and multiple languages.  Thanks to the internet, there are no barriers geographically or educationally to having a lucrative, fulfilling career as a career coach.

According to the International Coach Federation and the studies it has commissioned, the average coach’s income is just over $57,000.  But we find that career coaches make higher incomes as a rule, especially if they have a sound business plan, niche, and marketing strategies in place.  This is because career coaching is an area of what Napoleon Hill, in Think and Grow Rich, called “specialized knowledge,” which always pays more than general knowledge.

The typical career coach charges a minimum of $500 per month per client, with executive career coaches charging upwards of $10,000 per month per client.  Pricing varies depending on the niche, the coach’s other qualifications, and length of engagement.  Cost of living for the target market can also affect pricing.  But many career coaches easily generate a 6-figure income within 1-2 years.  A large number not only offer individual live coaching, but online programs, workshops and online products to supplement their coaching income and build their brand.

Fill in the form below to get our FREE report: White Paper, “Career Coaching: The New Methodology for Maximizing Personal Fulfillment and Human Capital.”

You have Successfully Subscribed!

Fill in the form below to receive your FREE Report!

We're available to speak and answer your questions