How to Know if Career Coaching is Right For You 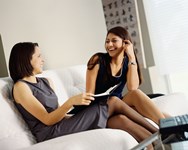 How do you know whether career coaching is a field you should consider?

The most successful career transitions are carefully thought out, after weighing the risks of the decision.

Students in the Career Coach Institute program come from a wide variety of backgrounds. Following are some representative examples of people who have completed the CCI career coach training and become Certified Career Coaches™.

Dozens of other examples could be cited to illustrate the diversity of backgrounds of backgrounds of people entering the field of career coaching. [Excerpted from Career Coaching: An Insider’s Guide by Marcia Bench.] See more success stories at https://www.careercoachinstitute.com/success-stories.
And if you are considering joining this growing profession, be sure to attend this Wednesday’s introductory call, “5 Secrets to Becoming a Highly Paid, Sought After Professional Career Coach.”  We will also explore the traits for success, the 4 areas you need to learn and master, and how to make your transition.  New classes start soon!